Tapio Wirkkala worked closely for Iittala throughout his career. Between 1946 and 1951, Tapio designed more than 120 art works that were put into production at Iittala. One of them was the Kantarelli vase, designed in 1947, which won the Grand Prix at the 1951 Milan Triennial. The timeline of Iittala’s long history includes not only the characteristics of the design languages ​​of different eras, but also the development of production techniques. In the 1950s, Tapio got also interested in serial production: a glass series bearing the name of its designer, Tapio, was designed. It is the longest-running glass series in production in Finland. In 1968 Ultima Thule designed by Tapio took off on a first-class flight on Finnair’s new route to New York. 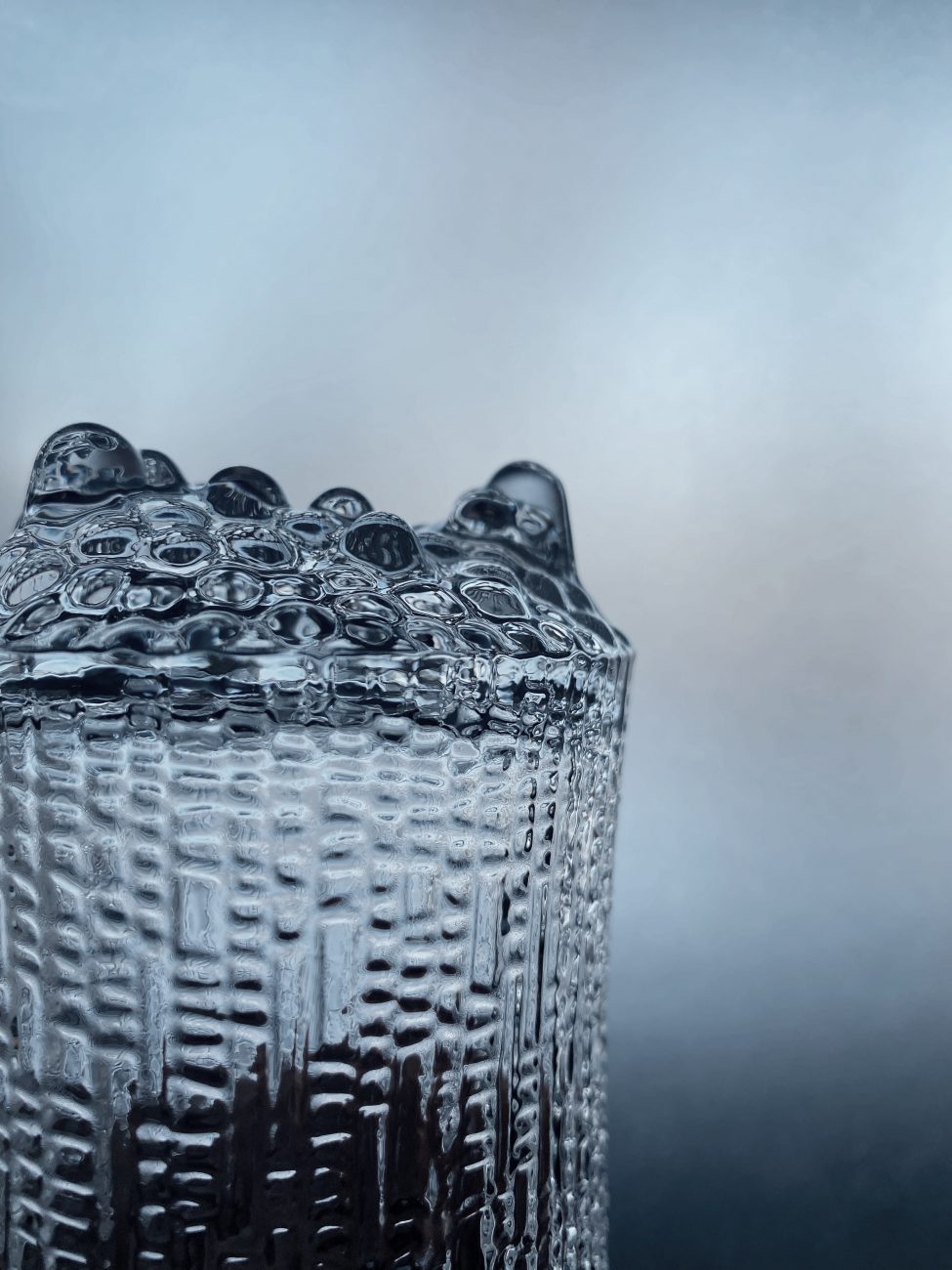